For the correction of vision via the defragmentation of the tissues it is first necessary to temporarily remove superficial surface of cornea. This removed part is called LASIK-flap; its thickness is in the range of 90-160 micrometers. Two principal methods are used for the formation of LASIK-flap: with mechanical microkeratome or with laser. The main difference between laser and mechanical microkeratome is in used methodology.

While in case of mechanical microkeratome the flap is cut with mechanical blade, then femotolaser uses laser beam for this purpose. Invisible laser beam with an impulse duration measured in femtoseconds, and laser dots created besides each other in the precision of a micrometer, make it possible to deliver minimal energy into the eye. These laser dots represent a focus via which laser energy is transformed into tissue defragmentation. As a result of defragmentation LASIK-flap with suitable thickness is separated. 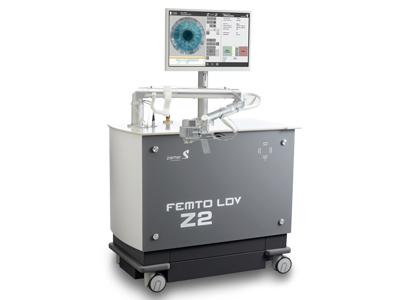